​EIGHTEENTH SEASON 2023
Please note the change of time for four of our Open Meetings.
During the dark Winter months we have arranged for the January, February, November and December meetings to be held in the AFTERNOON in Westerham Hall as usual, 2 o'clock for 2.30 with a Tea Bar
Single membership remains at £40 & £65 per couple 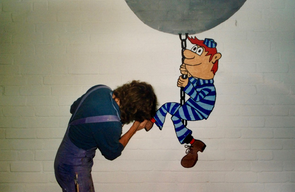 Wednesday 1st February 2023 in the Afternoon​ - 2 for 2.30  A very original, moving and informative talk. ​Years of working as an artist within the Criminal Justice System in England have given our speaker, Angela Findlay, a unique insight into the costly cycle of crime, prisons and re-offending. Interspersed with personal accounts of humourous or slightly horrifying situations it casts a light onto areas of our society where the Arts are absolutely vital. 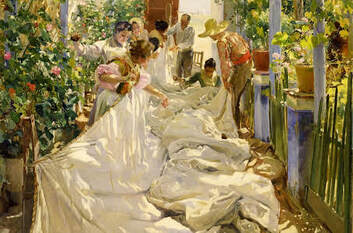 Wednesday 1st March 2023 after our A.G.M at 7.45pm.    Talk begins at 8pm  Jacqueline Cockburn will tell us about how the sun became paint, with this Spanish master of colour and light.   Sorolla was from Valencia and was commissioned to paint fourteen murals depicting the different regions and traditions of Spain for the New York Hispanic Society.  It is only in recent years that his work has  been re-discovered.  In 2007 his works caused a sensation when they were exhibited for the first time in Spain! 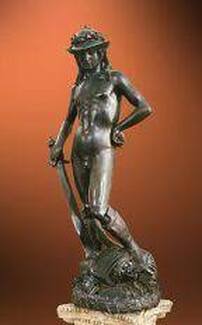 Wednesday 5th April 2023.  7.30 for 8pm Coinciding with the exhibition at the V & A we are extraordinarily fortunate to have Peta Motture - the former Senior Curator of Sculpture, who mounted this exhibition, come to talk to us about arguably, the greatest sculptor of all time.  She will tell us about the making of and meaning in Renaissance sculpture and explore and introduce us to the exceptional talent of Donatello. 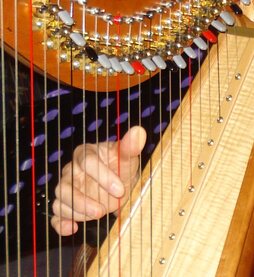 Wednesday 10th May 2023 [2nd Wed.] 7.30 for 8pm ​ A Harp Recital  with music specially written for her instrument, an eclectic mix of pop and classical; accompanied by a pleasant and  informal talk given by Lynne Creasey who  both teaches and performs.  She will chat about the history of the harp and composers for the harp -  demonstrating her extensive  and varied repertoire  - she has played for the Prince of Wales. 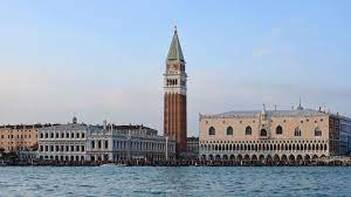 Wednesday 7th June 2023 at 7.30 for 8pm. Photographer Sarah Quill returns to tell this story.   In July 1902 the famous bell-tower of St Mark, the city’s totemic symbol, collapsed into a pile of rubble, crushing Sansovino’s 16th-century Loggetta beneath it and narrowly missing the slender columns of the Basilica.  News of the disaster flashed by telegram round the world, and the shock and distress felt by Venetians at the sudden loss of their landmark bell-tower was intense. The work of recovery, planning and rebuilding took ten years. 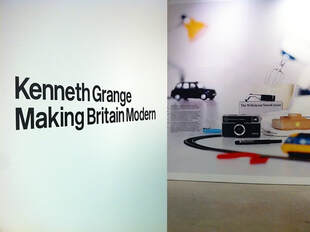 Wednesday 5th July 2023 at 7.30 f0r 8pm.   Few people realise how much the designs of Kenneth Grange have contributed to "modern life" -  from the Kodak Camera to the InterCity 125.  Johanna Agerman Ross is the V & A's  Curator of 20th century Contemporary Furniture and Product Design - has met him many times and is working with colleagues  at the V&A Archive on the arrival of his archive to the Museum.  Should prove fascinating.

"The Making of Landscape Photographs" 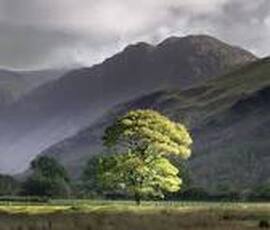 Wednesday 6th September 2023 - ​at 7.15 for 8pm. Photographer Charlie Waite​ is  renowned and established as one of the world's leading Landscape photographers. His pictures convey a spiritual quality of serenity and calm.  He has been an advocate of engaging in the landscape through photography for over 30 years.

"A Personal Heaven - the paintings of Stanley Spencer" 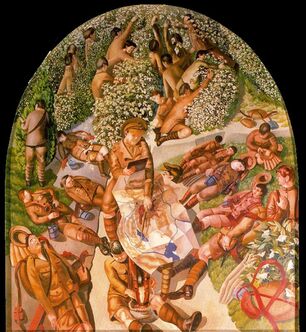 Wednesday 4th October 2023   at 7.30 for 8pm. One of the most original British artists of his generation - Val Woodgate's lecture will examine the eccentric and visionary world of one of the most creative and imaginative painters of the 20th Century.   Spencer's art was dominated by his personal life and his profound religious faith. His birthplace Cookham was for him an earthly paradise.

"Widor and his Mighty Toccata"

"How to be Good" - Storytelling and Morality in Victorian Narrative Painting

Wednesday 13th December 2023        N.B. Afternoon 2 for 2.30
Just like us, the Victorians loved a good story. Jo Walton's lecture examines the rise of narrative paintings – pictures that told moral stories with all the verve and excitement of modern soap operas.   Victorian Britain saw the rise of the affluent middle classes, a stratum of society that expected all things to have a purpose and, preferably, a moral message. In the era of Dickens, Trollope and George Eliot, painters also became fascinated by narrative and morality.